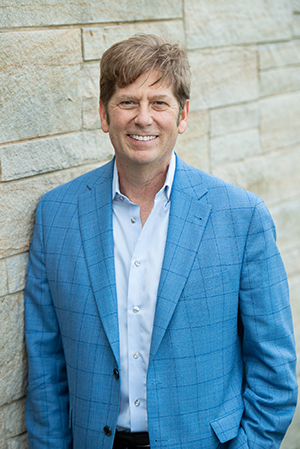 As vice president for Strategic Communications, Lawrence Lokman oversees the University’s reputation building and crisis communications functions and serves on the President’s Council. He brings more than twenty-five years of experience in the public and private sectors developing local, state, and national public affairs and image improvement campaigns.

Lawrence founded his own marketing agency, Window In Communications, and held senior positions in two other public relations firms. He has served a wide range of clients, from Stanford and the Conrad N. Hilton Foundation’s Humanitarian Prize to the California Coalition for Public Higher Education and Downtown Women’s Center, which is dedicated to eradicating homelessness among women.

Previously, Lawrence was associate vice chancellor in charge of communications for UCLA, where he introduced a series of nationally acclaimed brand and advocacy campaigns profiled in Businessweek, The Wall Street Journal, and Ad Age. As vice president of The Rogers Group, he co-led the team that won the largest account in the history of the firm—a three-year, $36 million social marketing campaign for First 5 California to promote early childhood development.

Lawrence is a member of The Arthur W. Page Society, an organization composed of chief communications officers from major corporations and top government and educational enterprises seeking to enrich their profession. He recently relocated to State College from Los Angeles, where he was active in its nonprofit communities.